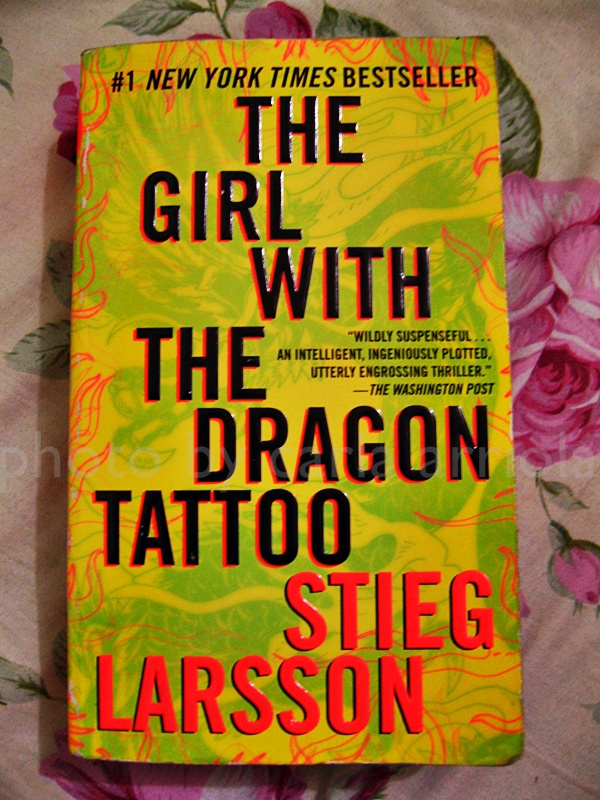 WARNING:  This review may contain spoilers.

The novel kicks of with Mikael Blomkvist, a journalist of an independent publication Millennium, being sentenced to months in prison for libel against billionaire Swedish industrialist Hans-Erik Wennerström.  Professionally battered and disgraced, Blomkvist steps down as editor and publisher, and was soon contacted by Henrik Vanger to investigate on a cold case.  He was soon joined by Lisbeth Salander, an elite hacker with psychological dependencies.  Together they unravel the Vanger mystery and restore Blomkvist’s career to greater heights.

First and foremost, Blomkvist is not your typical hero.  For one, he maintains an affair with his co-worker Erika Berger, married.  It is that same affair that ruined his marriage.  Then, of course, there’s the libel case.  But Blomkvist has the human factor.  It was not easy to warm up to him because his inquisitive mind can be irritating.  He had too much questions that almost led to a dead end.  In all honesty, I don’t think he could have gotten far without Salander.

Salander makes me imagine Carey Mulligan and all her bad assness.  Her pathological need to constantly remain private and be all about the job reminds me of workaholics today, only she’s skinnier and better and of course more technologically equipped than most.

According to a couple of readings, Larsson witnessed a  sexual assault when he was 15 and the victim was named Lisbeth.  He did not come forward and has since written the Millennium trilogy as an homage to this woman.

There’s a lot of sex in this book and it’s not the kind you like.  In reading those scenes, you’ll feel it was hardly pleasurable.  Every assault scene was perfectly described and you can feel it for yourself – that you’ve been wronged and abused all in one ball.  As the mystery unraveled, it became one of those novels you can’t put down.  It was a very very good investment.

Just so you know, you can’t solve this mystery by yourself.  It will be a difficult one.  It doesn’t even have a Grisham twist to it.  It has Larsson’s.  It was so good, it made me buy the second installment right away.

PS:  It took me three months to finish because I was reading it in between classes and work.  I will definitely read the second one faster.

One thought on “REVIEW: The Girl With The Dragon Tattoo”