There have been way too many things happening at work and I have to admit, I have not been handling it well. I’ve been brave enough to divide my time with school, and now, the workload from both aspects are just getting to be too much to handle.

Let’s put it this way: when I’m in school, I think about work. When I’m at work, I think about school. I am neither here nor there, and the office gossip and drama do not really make it any easier.

However, I cannot deny the lessons learned in the past couple of weeks. The implosion of a hot tempered personality has vindicated so many people in our team (and by team, I mean team that knows that personality’s evil ways). I don’t even know how to properly articulate what has been going on in the office without implicating myself.

Is this really the way to work or operate in the office scenario? Always watching your back for people that may stab it? It’s weird, I thought quitting show business had saved me from the drama. Evidently, it is a plague on all houses.

Looking back, there was only one thing lacking between the initiation and the disorderly exit of it all: humility. Once you start walking around as if the world owes you something, you start burning bridges, you begin to demean people, you ignite flames that could have easily been managed in the first place. As a professional — or rather as a human being — humility should never leave your body. After all, whatever it is that you have now, the world gave to you. Sure, hardwork cannot be discounted, but only humble work is rewarded greatly.

With that, I hope to lessen posts of my work dissatisfaction. I have never failed myself at this scale for so long, but at least I have people believing in me, rallying behind me, and a certain kind of faith that never waivers, that always believes in justice, where prayers are always answered.

That seems to be a rock solid foundation I can boost myself up from.

I hope your month is turning out to be better than mine. Past the halfway mark, I hope to catch a glimpse of the light at the end of the tunnel. 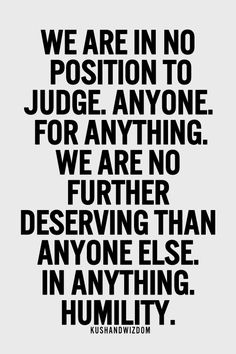