I first heard about this movie a couple of months ago, when the ultimate fangirl Adah decided to immerse herself in independent film. One of her best picks at the tenth anniversary of Cinema One Originals is exactly this movie.

Normally, I would watch indies turned commercial to see what’s the difference from its festival screening. Antoinette Jadaone’s distributor sure is a good one.

There are so many blogs that sprout overnight, from top 10 hugot lines from the movie to reviews left and right, but I hope to indulge you with lines from the film applicable to life in general. 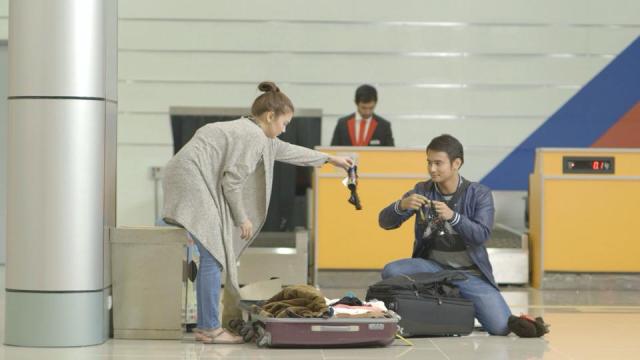 As a pack rat, I can absolutely relate to this. Before I started working, packing means essentials + minimum of two options and one substitute. Whenever I travel, I always come back with a handful of dirty clothes mixed in with the clean ones I never got to use.

True, time is just that. Time. It doesn’t speak of substance or endurance. It’s just time spent. It is a bittersweet realization now because everything in my 7-year-old relationship, I was able to contain in one box. My father’s 59 years of living, we were able to fit in one box. 10 years worth of written material used to be contained in a 2TB drive, now corrupted, everything irretrievable. And a 9-year absence and sparse communication didn’t really stop me and Le Beau from finding each other again.

Key takeaway: At this point, time is just a number. It is not a representation of your joys and your sorrows; it’s just time spent.

Kung sinabi ba niya sayo kung bakit, may magbabago ba?  (If you knew the reason why, would it have changed anything?) 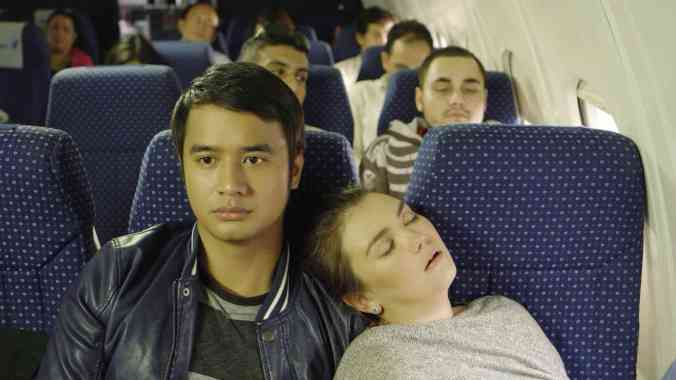 You know that cliche saying, everything happens for a reason? I immediately thought about that when I heard this line. We always look for that reason as if it will change the entire course of what’s already being played out. But really, is it that important? Most failed relationships require an explanation for closure. Why is that important? Isn’t it when it’s over, it’s over, case closed, end scene? Sometimes, there’s a stop sign in the middle of nowhere and as much as you wish there’s a rationale behind it, you will abide by it regardless.

Key takeaway:  Everything happens for a reason, whether or not you know that reason. It’s the pill you swallow.  It’s as simple and as complicated as that.

Matagal. Importante pa ba yun (kung gaano katagal)? Ang mahalaga, nakalimutan.  (A while.  Is it important [to know how long]?  What’s important is I’m over it.) 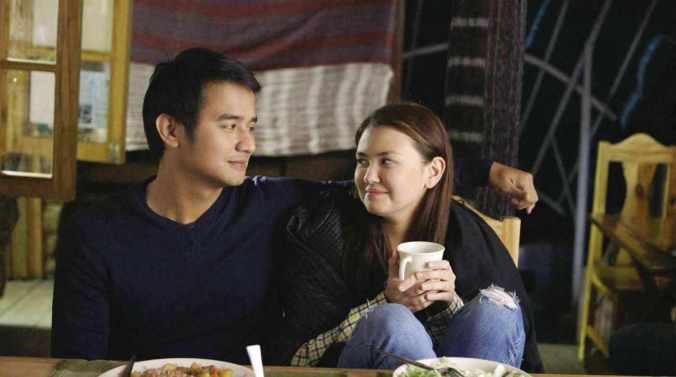 Again, a play on time. It doesn’t matter how you got here, what you did, when you clocked in. The important thing is you’re here. You’re in the present, in the now, complete, though sometimes bruised and slightly delusional.  We lose ourselves in moments digesting what we did, what had passed, that we lose the ability to be present.

Key takeaway:  Be here.  You’re already here.  Why would you want to be elsewhere?

Aren’t we supposed to be great by this time? 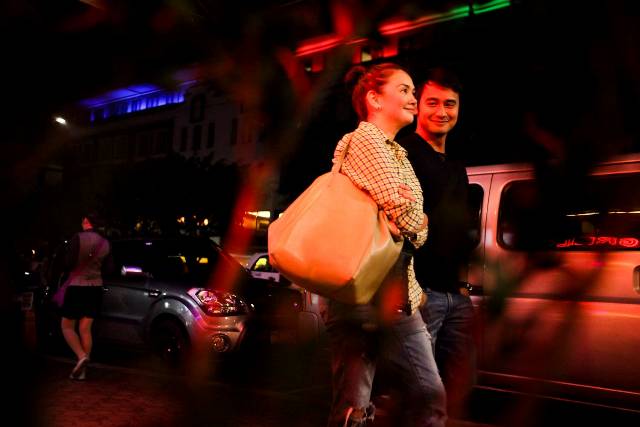 Oh man, this line struck me the most.  If you asked your 10-year younger self to imagine the next 10 years, do you think you could have imagined this?  Would you have imagined your desk job, your long commute, friends that fell out of the loop, family drama, some still single life?  Is this where you imagined yourself to be?  I know for myself, this isn’t it.

But that doesn’t mean I am dissatisfied.  In fact, I have never been happier.  True story.

But that’s the thing about tadhana, fate.  Even though you don’t believe in the magical forces that push two people together, you have to believe that there is some great force that pushes you to choose where you want to be in this life.

Key takeaway:  There will always be a time when you can be great and it starts with now.  You can choose to dream a new dream or go back to what you first aspired for; the choice is yours.  Years will go on, at some point goals would have changed and the movie, albeit in passing, shows that.  It wasn’t until that perfect ending did the fruition of a life goal actually happened.

There were some scenes where the color was too vibrant and the dubbing, mismatched.  But don’t let those technical distractions divert your attention to the movie.  This is undoubtedly one of the best Filipino films I have seen, and could easily be our (local) version of Before Sunrise.  Angelica Pangilinan and JM De Guzman did not need anyone else to make this movie great.  Their chemistry was unparalleled and the script contained real life conversation.  The introspection was not forcibly poetic; it was just real life.

So there.  Maybe this movie has more life lessons than you imagined.  Love may be grand, but let’s admit it:  life is the one you are most willing to wait in line for.  Just make sure to keep it light.

Have a great week ahead!