I did it.  I read the next book by the genius behind Gone Girl, and it is far more twisted than the fuckery you witnessed in her debut novel.

Not even an exaggeration.  That’s just the tip of the iceberg. 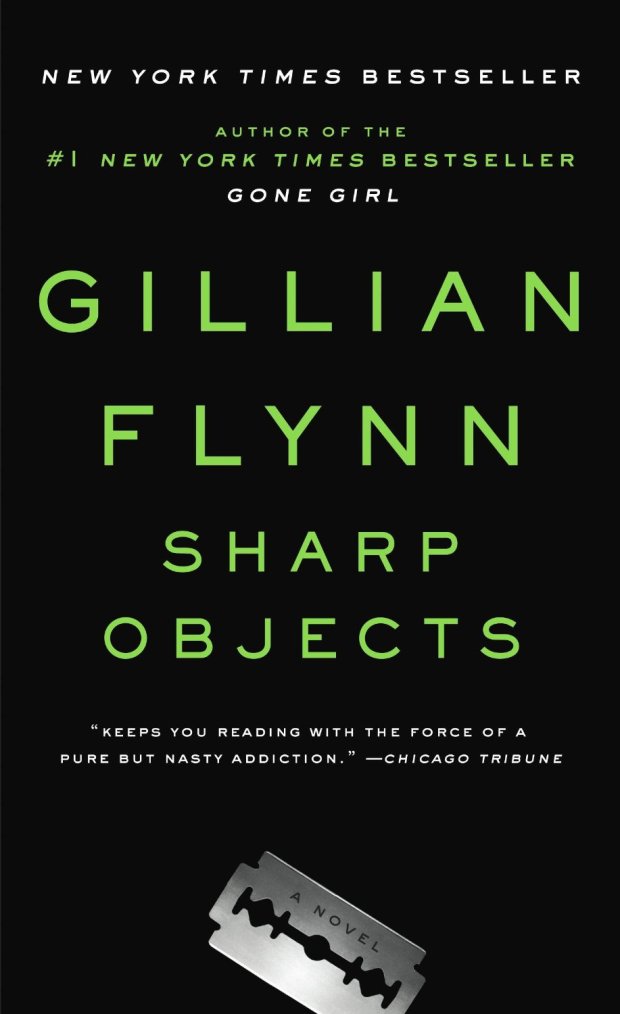 If you’re reading this portion, please be prepared for spoilers.  I won’t take it against you if you back out now.

Sharp Objects stars another female protagonist, a reporter Camille Crellin, tasked to investigate the seemingly serial murders in her hometown down south.  There, she was forced to touch bases with her twisted mother Adora, the apathetic stepfather Alan and the incomprehensible sister Amma.  What started as a narration of the difficulties of investigative journalism when it brushes against personal linkages turned out to be the most twisted ending I’ve ever read.

Don’t get me wrong; at some point, the narrative is tiring.  Camille as a character was self-destructive and evasive.  Flynn’s manner of describer her makes you a little too self-aware.  For some reason, Flynn made me accept Camille’s cutting and I somehow defended it too, even though all this time, I’m definitely against self-harm.

It’s the poignancy, the ease of storytelling that make you hold on to this book till the very end.  It appears that Flynn has mastered the art of writing thrillers and mysteries, and my palate was both whet and satisfied.

I did, however, made the gruesome mistake of finishing the last chapters of this book at night.  Seeing how Gone Girl unraveled, I should have expected that the end will be the end that it was.  My vivid imagination almost prevented me from getting a good sleep.

All in all, a must read.  Although some readers on Goodreads didn’t really quite fancy her narrative, I for one am more than happy to be called a fan.

There was an error retrieving images from Instagram. An attempt will be remade in a few minutes.