Please excuse the absence of posts.  Not only was I flooded with work, I was also flooded with family commitments that I had to attend to.

First off, thank you very much for joining the first giveaway here in my blog!  I will be announcing soon the winners of BARO x Trinkets MNL Summer Giveaway.  I managed to collate all shares and likes and links and retweets, and I also drew the two winners.  I will announce them within the week, on a separate post of course. :)

Meanwhile, let’s go on with my daily litany of what nots. :)

While Marga and I were out frolicking in Baguio (again, more on that later), a photo was posted online that shows tourists posing in the cross at Pampanga that devotees used in penitence for the Holy Week.  I first saw it on Mo Twister’s Instagram account.  The man has millions of followers and soon enough, it trended and made it to the local news.

(This is in no way saying that anything promoted by Mo Twister immediately becomes a hit.  It’s just stupid to not acknowledge the ripple effect this man can create.  He may be a douche at times, but admit it.  He has impact.) 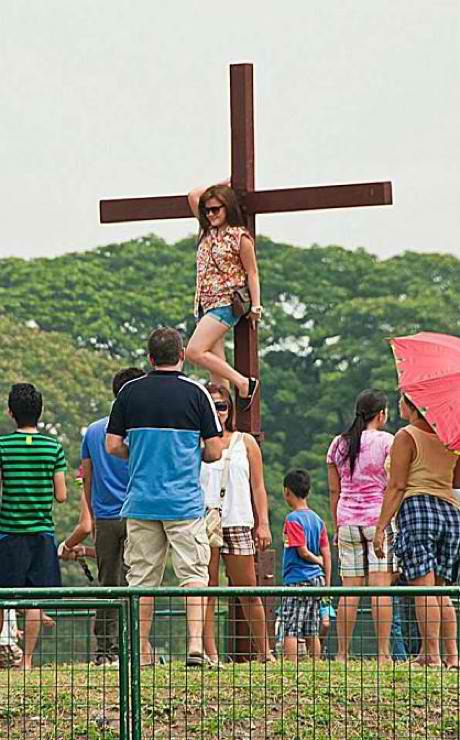 So far, the locals are outraged and like I said, it made news all over the weekend.  It was blasphemous, most of them say.

I am not Catholic, nor do I agree with their practices, but I honestly felt bad that this kind of “exhibition” was made fun of by supposed tourists who did not know any better.  It was offensive; to describe it like that is an understatement.  I don’t even believe in this practice and already I am taken aback.  How much more the people who do?

Each year, Pampanga has been known to have the most visual displays of penitence during the Holy Week.  I know this for a fact because when I was younger, my family along with our relatives will visit our grandparents’ extended families in Pampanga.  I would always see this exhibition and it is not something that people take lightly.  At first, the blood grossed me out, but eventually, I understood that this is how they practice their faith.

While I was surveying the news over the weekend, I noticed that a lot of tourists flocked the place, armed with their cameras and jaws dropping in awe upon witnessing the sacrifices these people make in the name of faith.  I think about the first two rows in the streets were just tourists.  Instead of observing the sacrifice, it almost seemed like they were witnessing a show.

As much as I want to condemn the people for committing such a heinous crime of rudeness and lack of courtesy, I find it more prudent if the LGU should also share the blame.  Over the years, this practice has been a spectacle to tourists.  Has the LGU ever thought of handing out leaflets, posting bulletins and informing residents to orient their tourists and other guests of the sacredness of this ritual?  Obviously, this happened because they do not understand the sanctity of the practice.  They do not understand the significance of this sacrifice to the Catholic faith.  To them, it was just self-infliction of pain, not a sacrifice, not a devotion.  Perhaps if they understood better, they would have more respect for it.

I find it wrong to assume that the moment you are immersed in a particular community, it is mandatory to respect and understand its culture and practices.  You have to gain a particular level of education at some point in order to appreciate and understand the nature of an exercise.  It’s like knowing why we INCs separate men and women in our church service (which is our sense of order and promptness).  You don’t necessarily have to agree to it, but you conform because you have at least a good insight of why it is done.  As locals – and more importantly, as people who have such strong attachments to religious practices – perhaps it would be best to take on the task of enlightening others.  Whether or not the practice is logical, let us teach them a bit of why it is done.  Maybe then they will have the smidgen of respect to the community and to the people to not do this again.

I feel bad really that this happens.  What used to be a sacred practice at a sacred time became a mere show to others.  Let’s work on making them more insightful shall we?

Let’s end this post in a much more optimistic note.  (cue cute music) 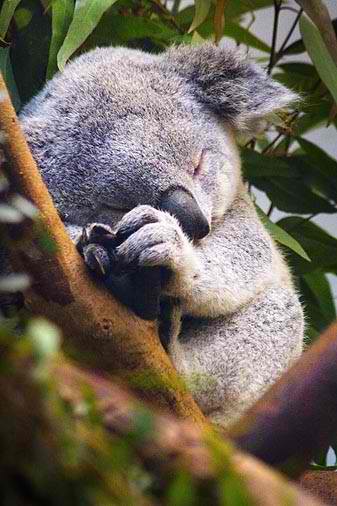 One thought on “On the Cross: Thoughts”