It was quite bothersome when the blank unpainted wall was framed by the ballon arch, but a spontaneous idea caught me and Jaja.  Two words:  sidewalk chalk.  For the rest of the party, that blank canvass became Chuchi’s personal graffiti message board. 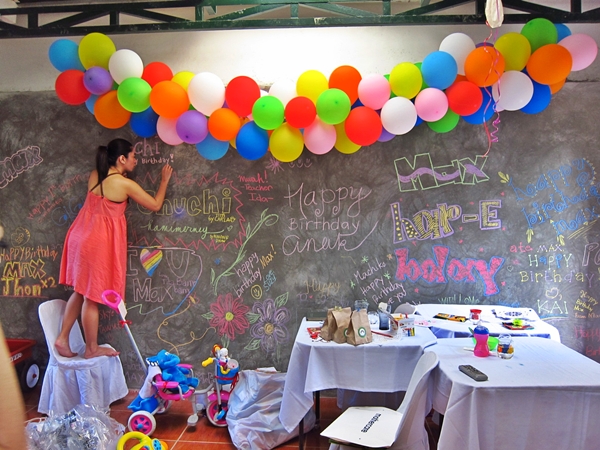 In all honesty, I don’t think anyone expected it to be a hit.  I drew an exceptionally large greeting, mainly because nobody wanted to start writing.  Before we knew it, everyone was just scribbling. 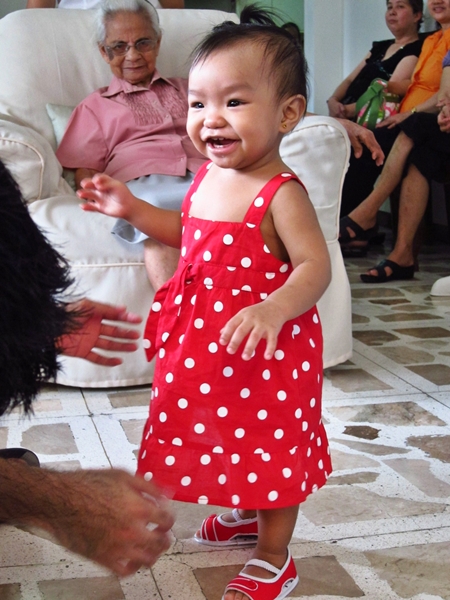 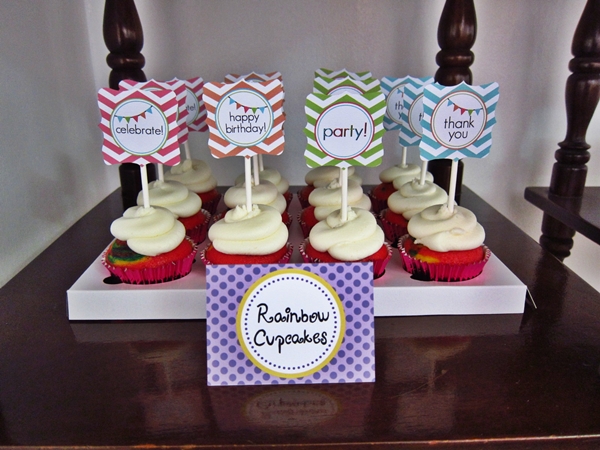 The icing started to melt coz it was such a hot day but Punky Porca did such an amazing job!  It was such a hit that it took a while for people to recover!  Hahaha.  There was a substantial amount of picture taking after this slice was made.

We had games and Chuchi had gifts and it was a truly blessed day. 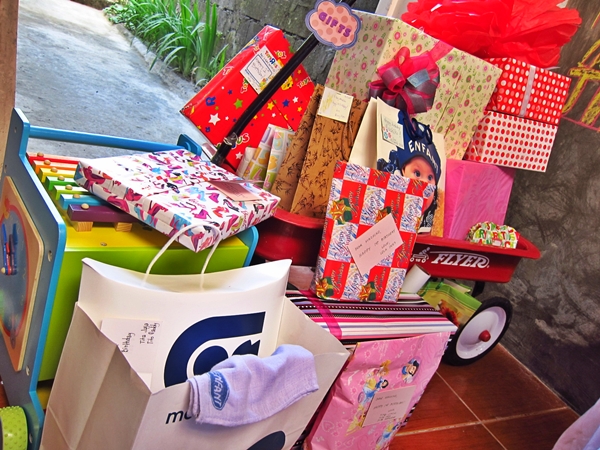 Happy birthday, little girl!  We are already planning next year’s party for you!  We love you belly belly much! :) 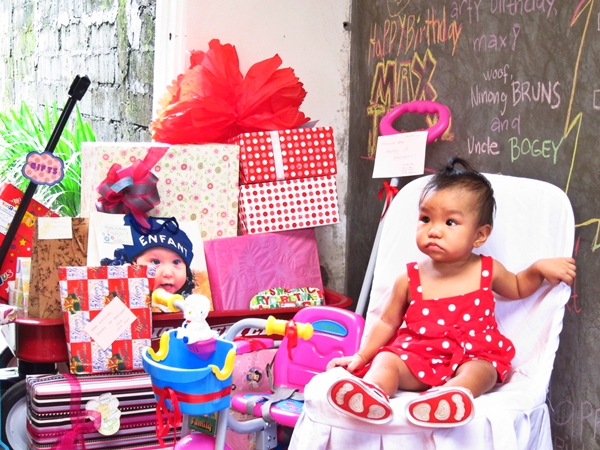 There was an error retrieving images from Instagram. An attempt will be remade in a few minutes.

Error: Twitter did not respond. Please wait a few minutes and refresh this page.