Surprisingly, I had a hard time sleeping the night before the party.  I’m thinking it’s excitement, but the Antipolo ISP kicks our ISP’s ass, so I guess I just watched videos over and over and didn’t notice the time.  I think I slept around 3:30 in the morning.

When everyone was trying to catch breakfast, Oreo was reaching for his Dentabone.  Adorable little guy!

Remember the balloons?  Thanks to Jaja’s patience and Marga’s handy dandy elastics, they looked like this by the time I woke up.  Jaja got to work early!  Hahahaha.  I woke up in time for finishing touches.

Marga was feeling much better and suited up Chuchi for her first birthday attire (and I just realized I missed the second one but hey! She’s still adorbs). 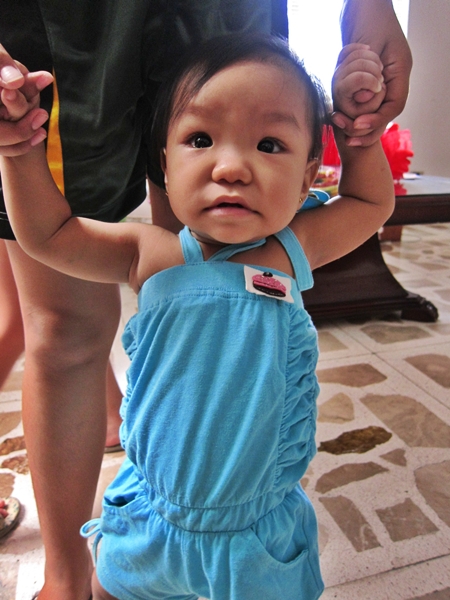 This is the part when I turn this post into a photoblog post.  There are no words how Marga and her planning pulled this party off, and I’m just happy to be the regular laborer.  :)

After installing the balloon arch, my mother (the early bird SURPRISINGLY) felt the need to model it. 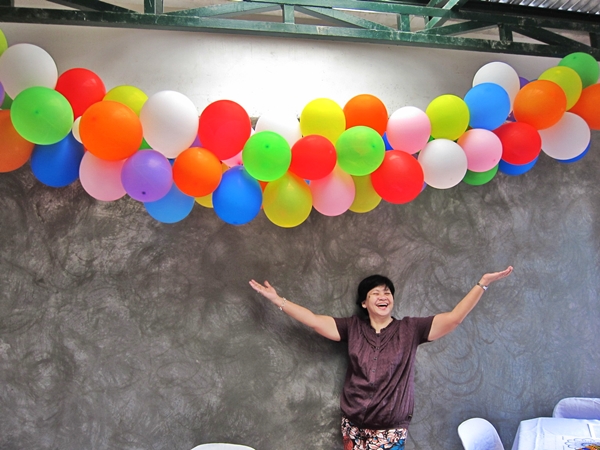 The party’s theme is rainbow, so to entertain guests as they are seated, coloring sheets and colored markers and pens were provided for each table.

Most of the stuff we had on the party must be duly credited to Pinterest!  That fantastic site just taught us practically every cute thing for this DIY party.  And we were members of the site waaaaaay before its local celebrity endorsement (just saying). 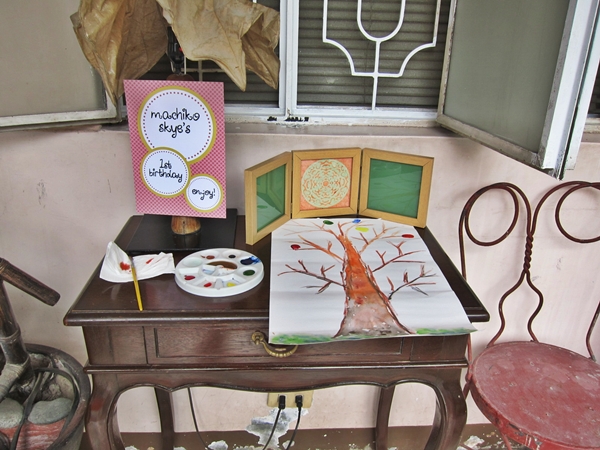 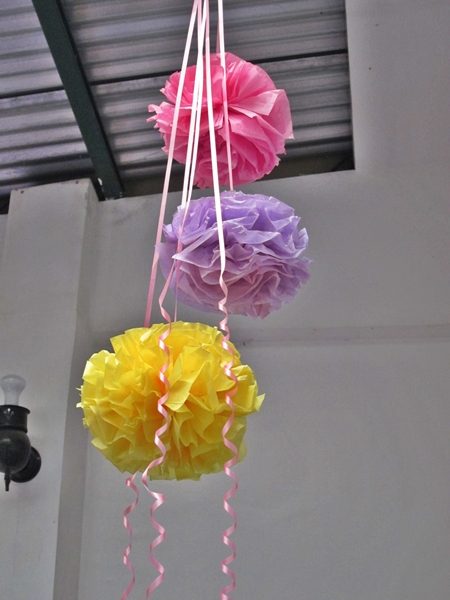 Marga scoped a cute font to make these menu labels.

Jaja outlined the birthday buntings and with a few clips…

The party is now in full swing! 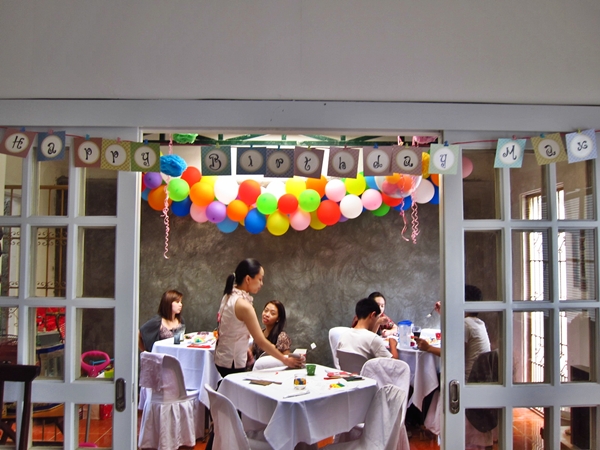