Do you remember my post a few weeks back when I posted all about the gory bits?  That came from 2011’s Before Sunrise/Before Sunset film, Like Crazy. 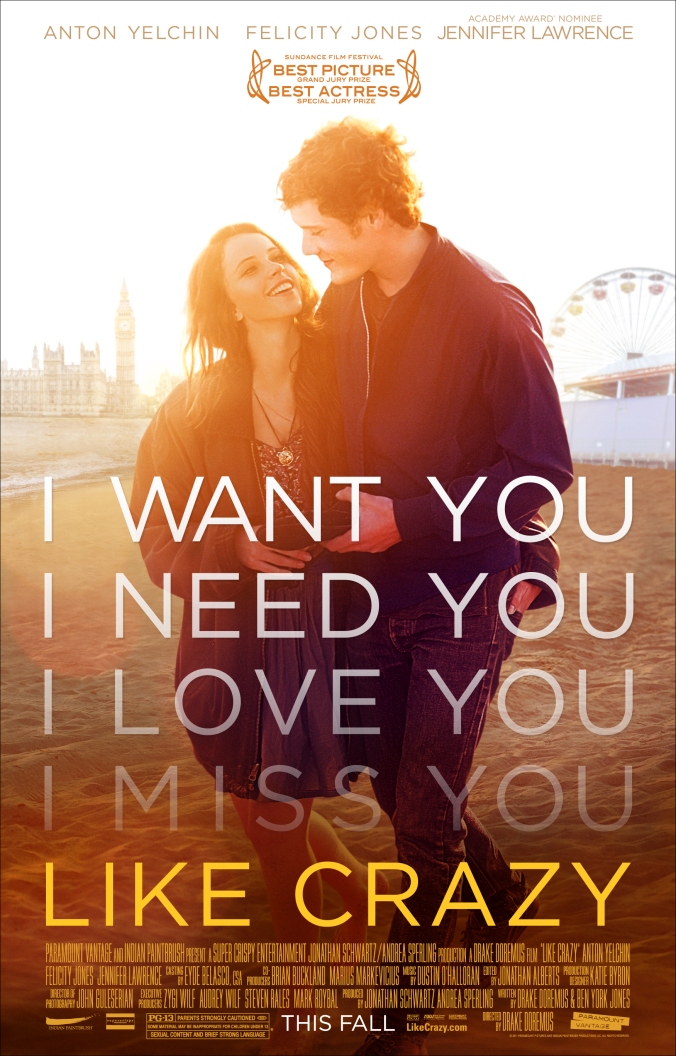 Like Crazy stars Anton Yelchin and Felicity Jones as Jacob and Anna, who fell in love in college.  Anna, staying in the US on a student visa, impulsively decided to spend the summer with this hot new passionate exciting love and only went back to the UK for a family event.

Returning from that trip, immigration officials noted the extended stay — or rather the visa violation — and stopped her from getting to LA.  What’s supposed to be another year of being together became the first year of the long distance relationship that they never asked for nor predicted.

You have to understand, I first saw Felicity Jones in The Chalet Girl, opposite Ed Westwick. 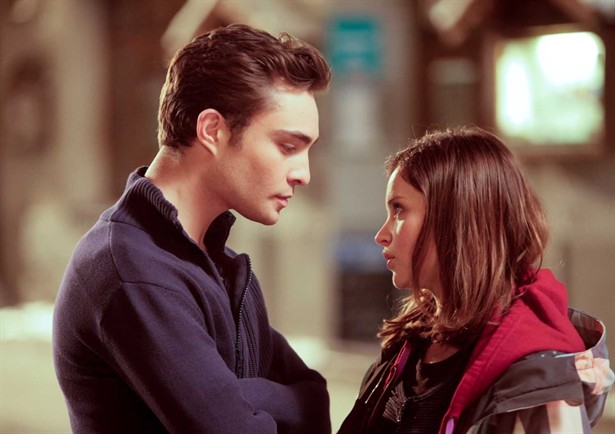 Here, Jones is a young girl in love, then a lady trying to move on, then a destroyed lover, then the clingy ex, then the one.  It’s easy to be annoyed with her character because Anna is so topsy turvy.  While Jacob moves on to the girl he deserves more (Jennifer Lawrence), the magnetism with Anna can’t seem to go away.

And just when they thought marriage was the answer, Anna’s petition to go back to the US is yet again denied.  The wheels turned against them as they turned against each other, eventually parting ways and finding other partners in the process.  But, the moment Anna’s ban was lifted, it was them all over again.

I love how this movie ended.  Like I said, it really reminded me of Ethan Hawke and Julie Delpy when they parted in that train station with so much hope.  Whether they meet or not is entirely up to the viewer.  When they did meet in Before Sunset, the power is still with the viewer to imagine the ending they want — or the ending the characters deserve.

Like Crazy is raw, and real, and one of the few films that hit me all too well.  Oh and did I mention that the dialogue of the film is entirely improvised?  Actors were just given an outline of the story.  It was shot entirely in Canon EOS 7D, its budget did not exceed $250,000 and it earned $3,542,353 in theatres.

Watch it.  Really.  You’ll know what I mean.

Drake Doremus, you are brilliant.